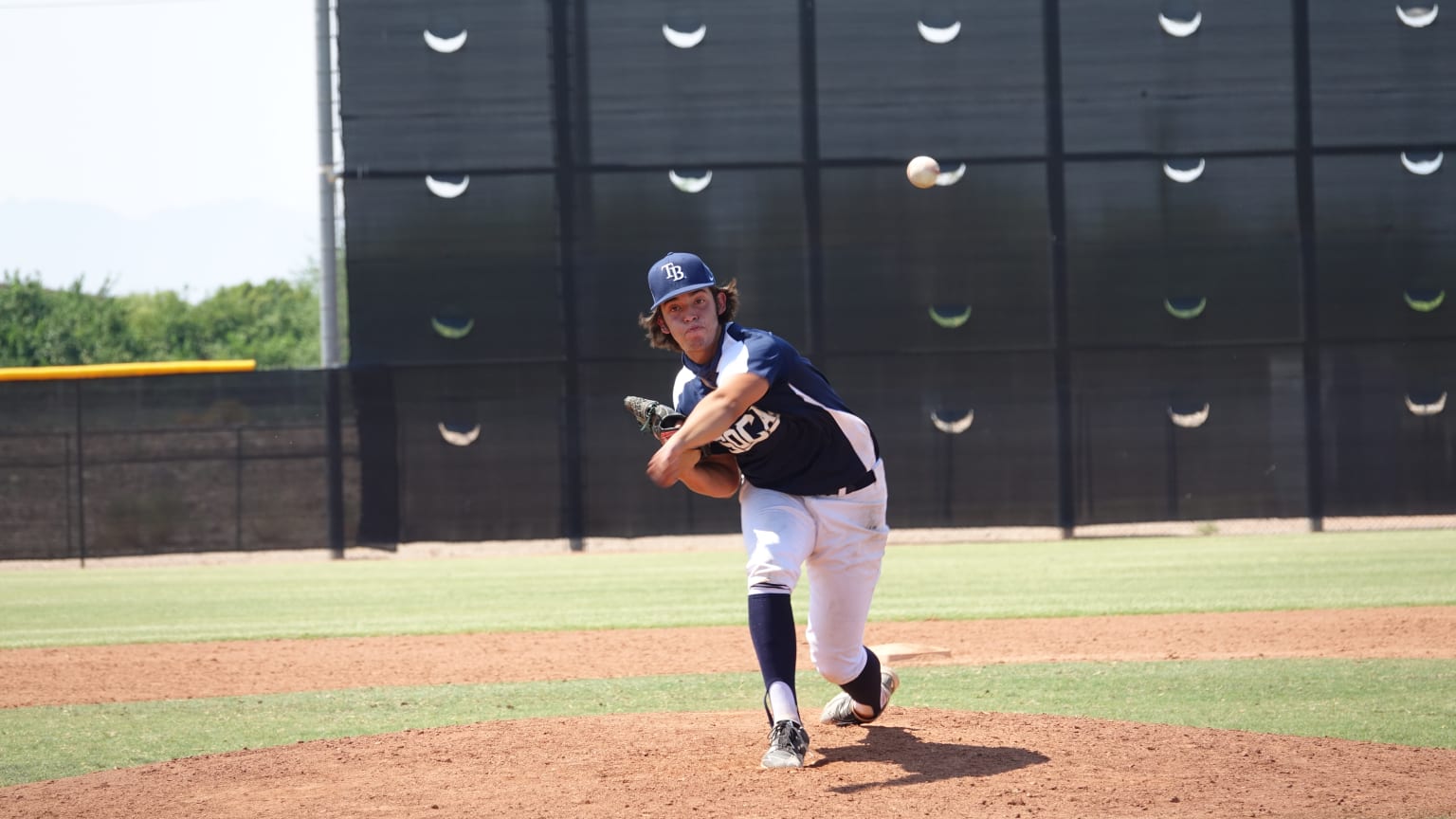 PHOENIX — TB SoCal Easton marched into the quarterfinals of the 17U National Team Championships Arizona with an 8-0 win in five innings against New Level Xtreme College Prep on Sunday at Peoria Sports Complex.

Mikiah Negrete guided TB SoCal Easton to the victory and contributed on both sides of the plate. The University of San Diego commit scattered four hits across five shutout frames and struck out eight to earn the win. He also laced an RBI-double to right to extend SoCal’s lead to 7-0 in the fourth.

After Negrete put up a zero in the opening frame, SoCal wasted no time jumping on the board in their first at-bats. Gavin Grahovac and Draven Nushida delivered back-to-back singles and Roman Martin pushed the game’s first run across via a sacrifice fly. Dean Curley followed with an RBI-single through the left side and Aiva Arquette’s sacrifice fly plated a third run.

New Level starter Brett Ellingson worked around a two-out walk in the second, but surrendered two more runs in the third and saw SoCal’s advantage grow to 5-0. Negrete’s run-scoring double, along with Chris Esquivel’s RBI-groundout, made it a 7-0 game.

The final run of the game came across to score via a wild pitch, which initiated a run rule.

TB SoCal Easton improved to 6-0 at the 2021 17U National Team Championships Arizona and owns a standout 51-4 run differential. The team will await its next opponent (TBD) in the quarterfinals of the tournament Monday morning.

New Level Xtreme College Prep concluded its time at the event with a 4-2 record.