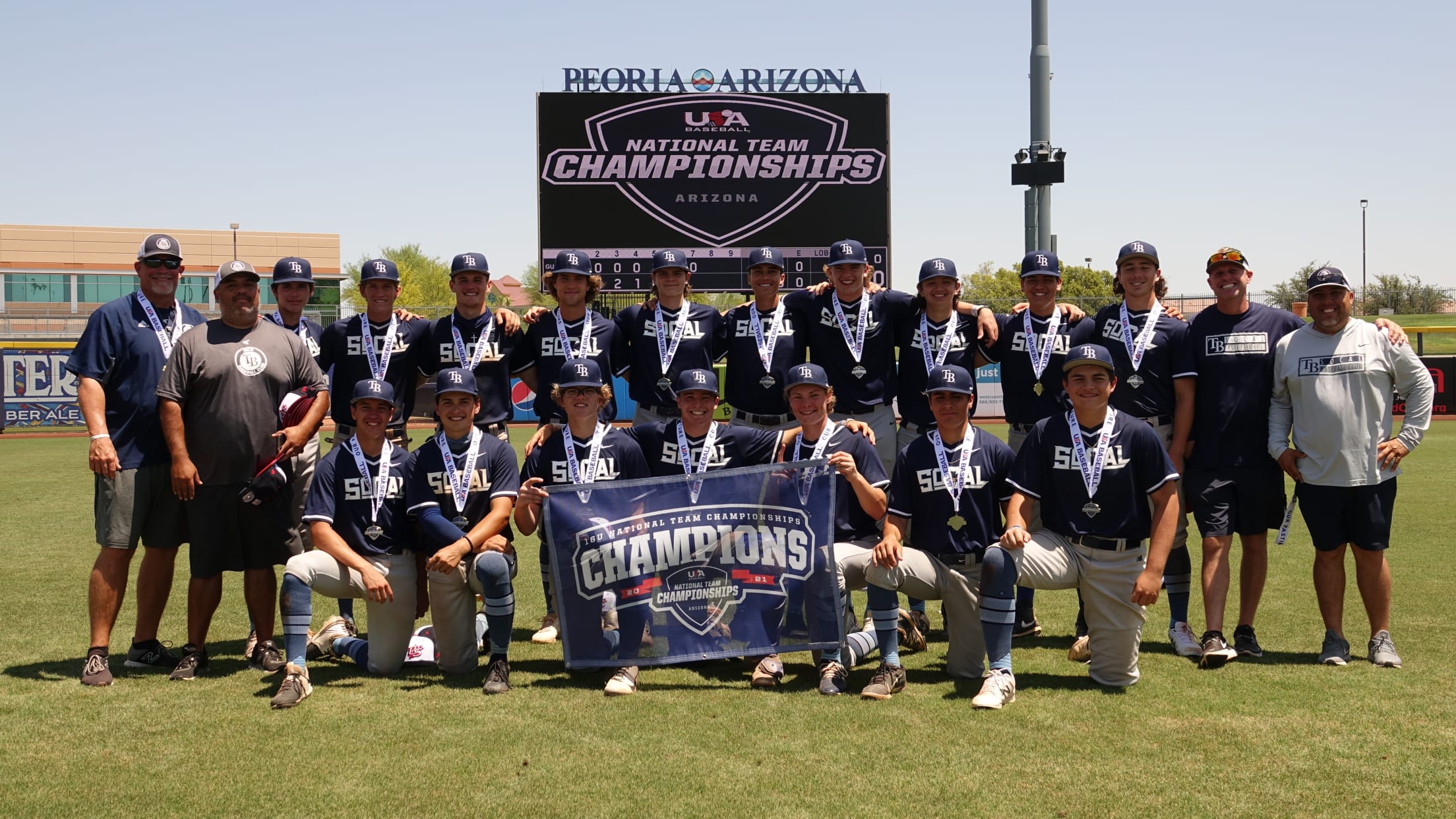 The gold medal marks the third as a program for TB SoCal and the first at the 16U level. TB SoCal won championships at both the 14U and 17U levels in 2017.

Jackson Freeman stole the show with a standout performance at the plate and on the mound for TB SoCal. Freeman collected three hits, including a two-run triple in the second, and tossed four innings of one-run ball to earn the win.

The 6-foot right-hander posted at least one hit in seven of TB SoCal’s nine games at the National Team Championships Arizona and logged a 1.101 OPS throughout the tournament.

MBA Navy opened scoring in the first inning after Kaden Hodson produced a sacrifice fly to plate Ryder Robinson. However, TB SoCal responded in quick fashion with two runs apiece in the first, second and third, and another run in the fourth. Dean Carpentier delivered a two-RBI single through the left side to five TB SoCal its first lead of the game and Freeman’s two-run triple to right extended the lead to 4-1 at the time.

Carpentier tacked on a sacrifice fly in the fourth to give TB SoCal its largest lead of the game at 7-1.

MBA Navy, who erased deficits in five of their previous eight games games at the National Team Championships, failed to go down without a fight, however. The Utah-based organization put a pair of runs on the board in the fifth thanks to Mason Thompson’s bases-loaded walk and a sacrifice fly courtesy of Jake Olsen.

MBA Navy cut the deficit to just two runs when Chett Wilson ripped a two-run double off the wall in left to make it a 7-5 game.

After Tahj Henrie picked off a pair of batters and put up a zero in the bottom half of the inning, MBA Navy brought the potential tying run to the plate when Crew Schenk delivered a two-out single. However, TB SoCal right-hander Matthew Hart sealed the win with a soft fly to right caught by Freeman.

TB SoCal Easton finished the 2021 16U National Team Championships with an undefeated 9-0 mark and outscored its opponents by a 69-21 margin.