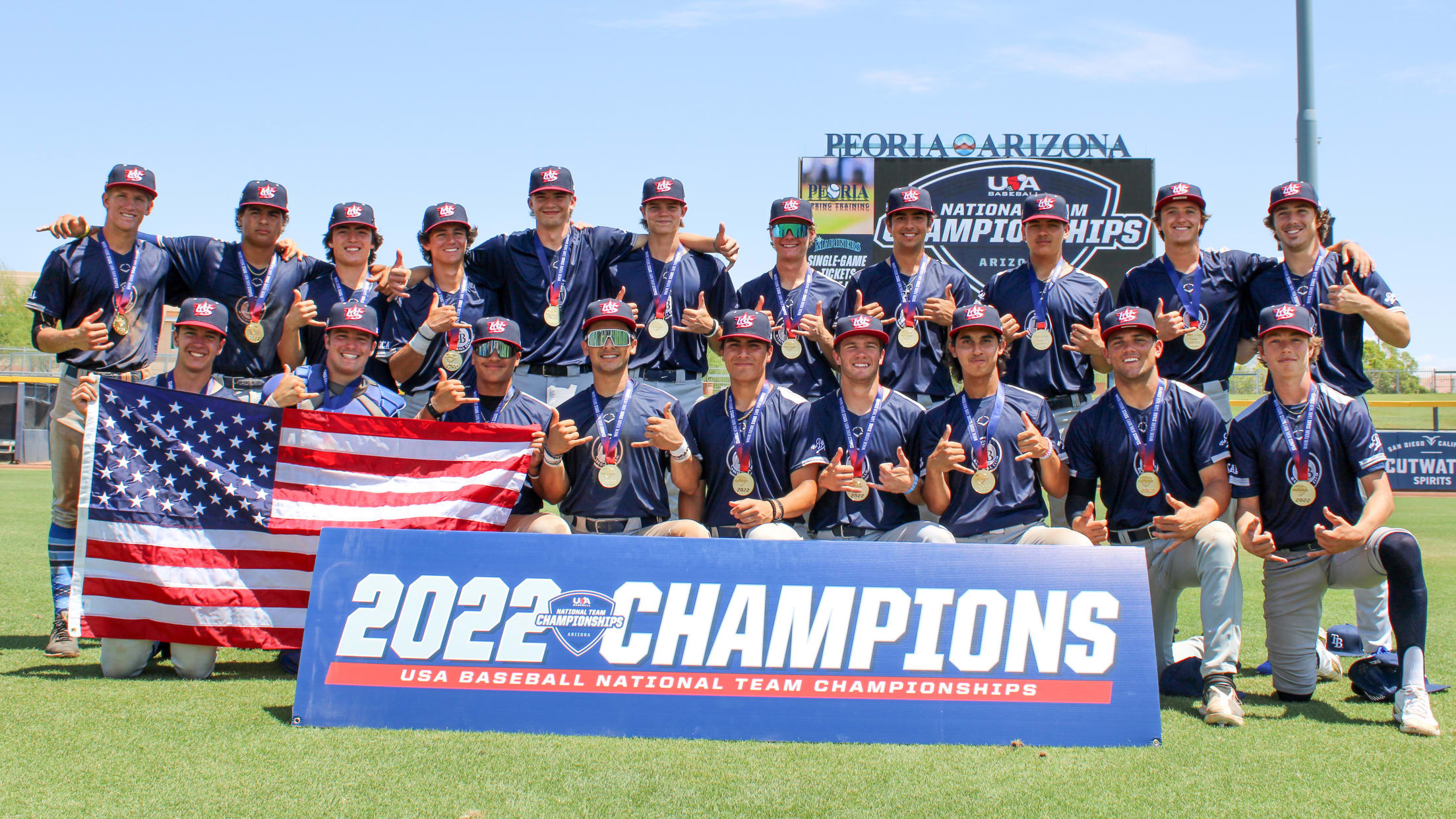 A three-run second inning propelled TB SoCal Evo into the lead, and they never looked back. Cole Tybra was phenomenal in relief for the gold-medal winners, tossing 4.0 innings of shutout baseball to cap off the victory.

Juggernaut Baseball Texas got on the board first, as an RBI double from Jarren Sanderson scored a run to go up 1-0 in the first frame. TB SoCal Evo responded with two baserunners in the bottom half with nothing doing for the defending champions.

However, they struck in the second after a triple to lead off the inning flipped all momentum to their dugout. A pair of RBI singles from Michael Walshe and Abbrie Covarrubias pushed TB SoCal Evo into the lead, as they held a 3-1 advantage.

TB SoCal Evo concluded the 2022 17U National Team Championships with a perfect 9-0 mark and an impressive 62-11 run differential. They took home the gold at the 16U level last year, and now won it again at the 17U level.

Juggernaut Baseball Texas suffered its second loss of the tournament and finished with a 7-2 record. The silver medal marks Juggernaut’s first top 3 finish as a program at the National Team Championships Arizona.

Jarren Sanderson broke open the scoring with an RBI double to left field which put Juggernaut Baseball Texas up 1-0.

Following an Isaac Cadena triple, TB SoCal Evo tied the game on an RBI single from Michael Wlashe in the bottom of the second.

TB SoCal wasn’t done in the second, as Abbrie Covarrubias brought home two runs on a single to right field for a 3-1 lead.

Jaycob Villalpando struck out Jarren Sanderson with runners on the corners in the top of third to get out of the frame unscathed.

A throwing error plated a run for Juggernaut Baseball Texas in the top half of the seventh to cut the deficit to 3-2.

"I’m so proud of our guys to come out after winning it last year and getting the job done on the field. We’ve battled through a of adversity to get to this point to get here and it’s nice to be rewarded with a gold medal for back-to-back years." — TB SoCal Evo head coach Benny Bonilla

TB SoCal Baseball concluded the 17U National Team Championships with a perfect 9-0 record and a 0.97 ERA as a team. They also tallied 25 extra-base hits and held a team batting average of .338.

Juggernaut Baseball Texas finished the tournament with an 8-1 mark and earned the program’s fifth-ever medal at the National Team Championships Arizona. The pitching staff only allowed 10 earned runs throughout the tournament and struck out 68 in nine games.

Stay tuned to @USABChamps_AZ on Twitter for the most up-to-date news about the National Team Championships Arizona.